Digital signage is an effective way in which thousands of businesses convey certain messages to their consumers.

Whether it’s to attract potential clients, advertise special offers, or display job vacancies, signage is still an integral part of any business.

There are two main types of digital signage; indoor and outdoor.

Indoor signage is a collective term for any sign placed inside of a business. They are targeted towards individuals who’ve already made the choice to explore what a business has to offer.

These signs are designed in such a way that they encourage the audience to move towards a desired action; such as signing up for a new credit card at the bank or upsizing a meal at a restaurant.

On the other hand, outdoor signage refers to any sign found outside of the business. Businesses can use them for an array of services ranging from advertising a drive-thru to displaying promotional content. Generally, the goal is to move audiences to walk into a business.

Both signages are ideal for a number of marketing purposes.

As a rule of thumb, however, indoor signage should never be used for outdoor purposes and vice versa.

Primarily because of two vital considerations most people tend to overlook; sunlight and exposure.

Have you noticed how difficult it is to watch television when the curtains are open, especially on a sunny day? No matter how hard you squint your eyes, you’ll always find the objects on the screen are inconceivable. That is until you block the sunlight.

The reason behind this is simple.

Glare is caused by the high intensity with which the sun produces light.

Unfortunately, no indoor display can compete with such brightness. Just to put this into perspective, the average indoor LED screen (such as your consumer-grade tv) emits light with an intensity of about 200-500 cd/m2.

This is way below the sun’s luminance; let alone that of outdoor signage which is upwards of 2,250 cd/m2.

In short, using indoor signage outside is wasting time and money. Not only will you incur a hefty power bill, but you also miss out on any potential customers.

Let’s face it; no one will be able to see your advertisement on a sunny day.

On the other hand, when you use outdoor signage for indoor advertising, it causes many discomforts.

In dimly-lit businesses such as restaurants, the bright light from an outdoor signage can cause eye irritation, migraines, and even trigger a seizure.

As light moves through the atmosphere, it encounters a myriad of tiny particles and obstructions such as dust, steam, and suspended water droplets.

These particles distort the light beam by either reflecting, refracting, or absorbing it.

The signs will then appear blurry or completely distorted to the human eye.

As a matter of fact, exposure is a common issue that plagues both indoor and outdoor signage.

To handle it, you need to analyze two vital factors of the atmosphere; particulate and moisture.

Particulate refers to any particles present in the atmosphere. We’re talking dust particles and other small airborne particles.

While moisture refers to the presence of water droplets in the atmosphere.

Their presence not only obscures your signage, but also causes damage to vital components if they penetrate the signage’s protective casing.

This is commonly observed in restaurants where there is a large concentration of steam caused by boiling water. The steam will gather under the fixture and eventually penetrate the light casing.

Nevertheless, it is much easier to control particulate and moisture in indoor environments.

For outdoor signage, however, it’s a whole other story.

Wind can accelerate particle matter and rain making them extremely aggressive on the display casing.

To standardized protection from these environmental harms, the IP (ingress protection) rating system was developed.

What is an IP Rating?

An IP rating is an international standard guideline used to determine the level of efficacy for protecting light exposures against external objects, as well as the effects of moisture.

When labelling, there are two numbers that follow the IP denotation (e.g. IP65).

Each number represents a distinct type of protection measure put in place to shield the signage.

The first digit denotes intrusion protection (safeguarding against objects, dust particles, etc.), and it runs from 0-6.

It can also be labelled x, which means that there is no rating or protection for that particular signage.

That being said, here are the different protection measures that each number denotes:

The second digit denotes protection against different forms of moisture.

For most outdoor signs, the standard rating is IP65, which denotes that the fixture is ‘dust tight’ and protected from most moisture effects, including low-pressure jets of water.

Ideally, both signage types play a critical role in advertising.

But before a business can purchase digital signage, it should know exactly how it plans to market itself for best results.

And once signage is selected, maintenance remains a key factor in ensuring these signs remain efficient and effective for years to come. 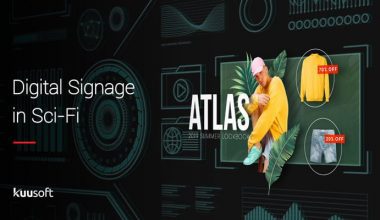 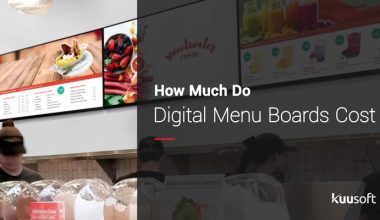 Read More
If you haven’t gone digital yet, you are missing out on a major opportunity. Digital Menu Board are…
KKuusoft Newsroom 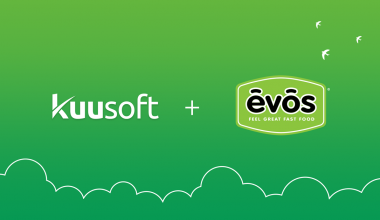 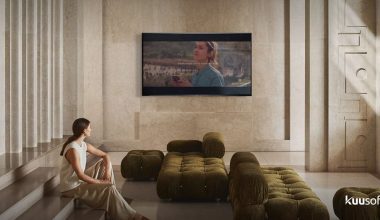 Read More
Upgrade to digital solutions, Use emotions to your advantage, Create urgency via LTOs. Here are some hotel marketing psychology tricks to help you score more customers.