What makes more sense to the brain?

Vision can be quite an interesting thing if you actually think about it. In a sense, we take it completely for granted. We start seeing from the moment we are born and don’t stop to think what it would be like if we didn’t have it. What would the world be like? How would we communicate? Vision is arguably one of the cornerstones around which our society was built.
This being said, what is the link between vision and communication? Furthermore, what is the best way to use visuals to communicate? Companies, governments, and many other corporations communicate with us every day. They do so via posters, banners, adverts, newspapers and digital signage. They do this to inform us, but they also do it to shift our opinions using intelligent communication methods.

What are the noteworthy mediums?

Broadly speaking, there are two different ways to relay information visually. These being text and images. The text medium is exactly as the name suggests, it is information being relayed using words. These words can be long, they can be short, or they could be arranged in a multitude of different ways. Basically, if there are words involved, then it is a form of written communication.

Then there are images. These tend to relay concepts as opposed to succinct ideas. They can be in the form of symbols that universally represent certain things, or they could simply be a picture of the topic in point. They could be accompanied with further descriptions, but a lot of the time they can stand in complete isolation.

To determine which form is better, one would need to evaluate the pros and cons of each. While writing may deliver a level of fullness that images cannot, it can get rather complicated. Firstly, people do not always speak the same language and even if they do, variance in regional, class, and education backgrounds can create confusion. Then there is the case of tone and language level. Even with punctuation and phrasing, we all can remember a time when one of our text messages was misunderstood.

Can a picture say a thousand words?

As previously stated, pictures tend to convey a concept. They rely on the fact that most people have the same, or similar, general knowledge base. Consider a no smoking sign. It is safe to assume that a fair majority of the people on this planet can recognize a cigarette. Therefore, it is also safe to assume that a line through a lit cigarette indicates that they cannot be consumed in that area. This is the power of communicating via images. Language holds no bearing here. A symbol means what a symbol means, and it does not matter what country this symbol is in.

There is also certain evidence to suggest that the human brain can recognize images far quicker than it can with text. The exact speed varies with each study done. But, a study done by MIT found that the eye could actually recognize an image that it has only seen for 13 milliseconds. The reason for this is also open for debate. One of the theories put forward is the sheer number of neurons that are connected to the retina. These allow for quicker conduction of nerve impulses and therefore information.

Why is this useful?

It is all well and good knowing that picture relay information quicker than text does, but how is this useful. In the scientific community, it is perfectly acceptable to study a topic simply for interest sake. But, at some point, there has to be some real-world implication.

In the context of this topic, one of the advantages is that companies now know to advertise efficiently. Consider digital signage. The people that use these mediums of communication only have a very short time to convey their point. A person’s eyes could wander so easily that you need to be quick about what you are trying to say. How better to do this than by using images? The advantages being that the chances are, most viewers will understand if you utilize globally accepted symbols and the image will imprint on the brain very quickly.

Miscommunication has been the cause of countless problems in both today’s society and the ones that have preceded ours. This break down happens for many reasons. But, the main one is simply that people do not understand what is being said. Maybe language is the problem, or possibly it is simply just the particular use of words. Whatever the case may be, it is much simpler to speak in a language that most people understand. This being pictures.

While there may be an issue with the fact that interpretations may vary between people. On the whole, if things like digital signage were created in an intelligent enough manner, then you can almost guarantee that the lion share of the point is being conveyed both correctly and quickly. Moral of the story is when in doubt use an image, make sure that it is recognizable enough.

What Tariffs Mean for Restaurants in Canada & America 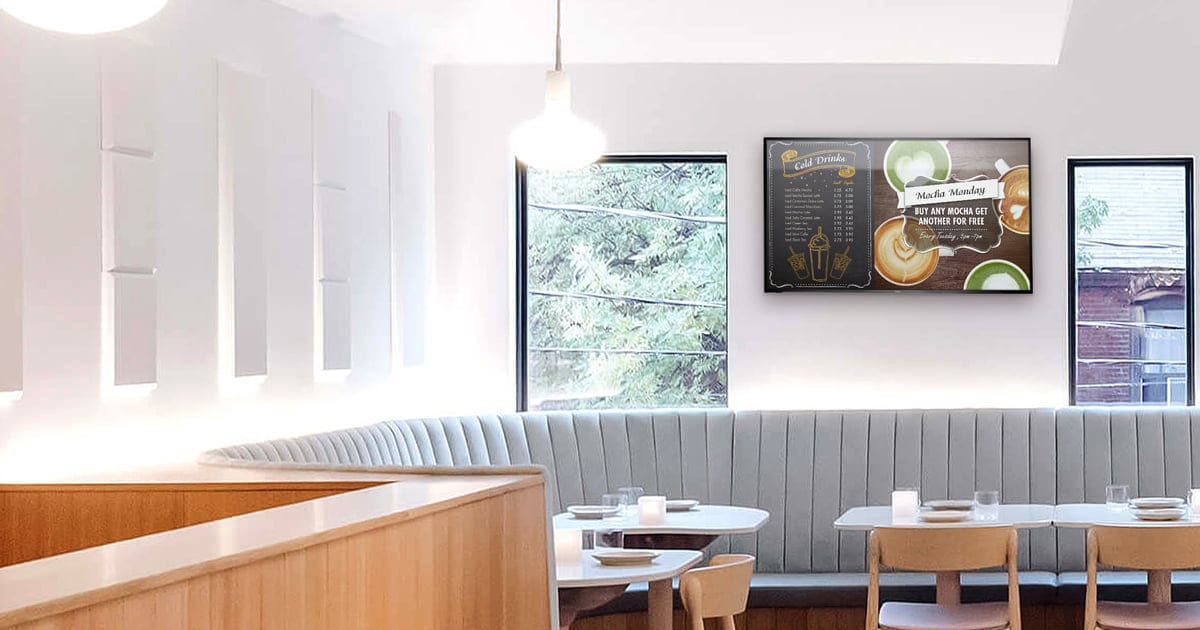 Read More
Want to make the most of your digital signage? Here are 11 ways you can overachieve with your awesome digital displays in your restaurants.
DDigital Signage 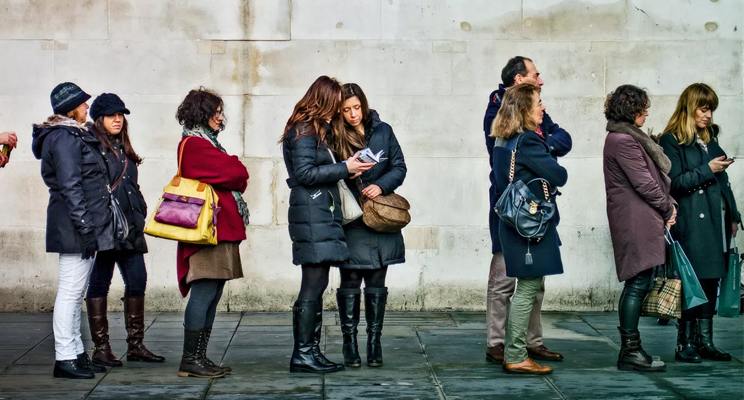 Read More
Whether you are at a quick-service or fast-casual restaurant, waiting is part of the experience. You wait between…
DDigital Signage 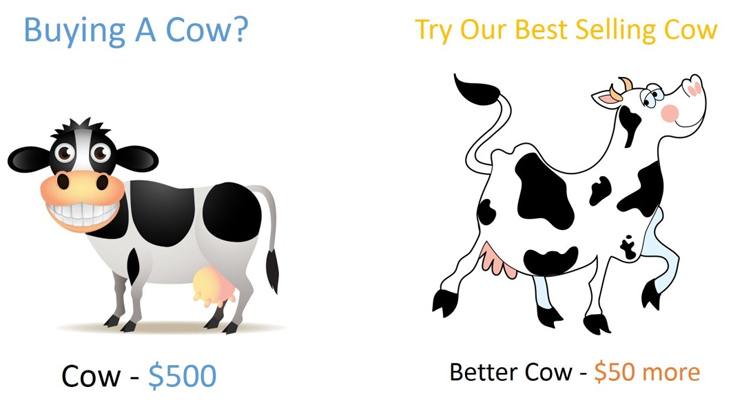 Read More
With restaurants cross-selling and up-selling via Printed Signage for years, it's imperative to adopt the same know-how with Digital Menu Boards.
RRetail 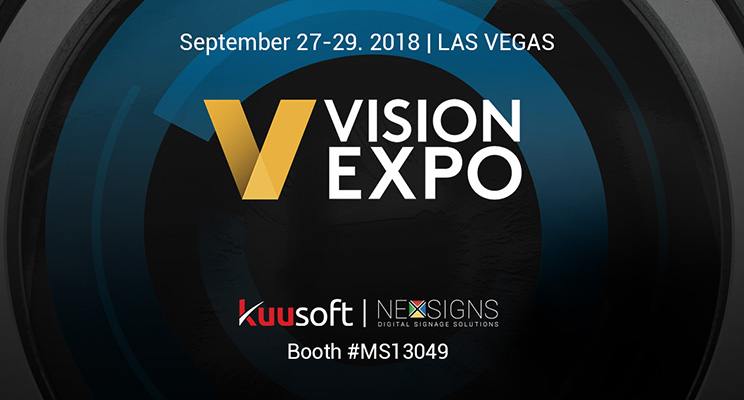 Read More
Vision Expo West will bring together eye care professionals from all over the world to Las Vegas. They…
DDigital Signage 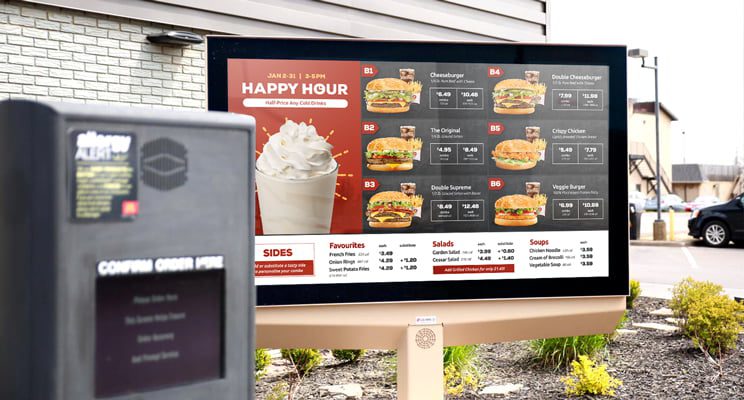 Read More
“It’s a lovely sunny day out, we drive to XYZ fast food restaurant’s drive thru, we can barely…